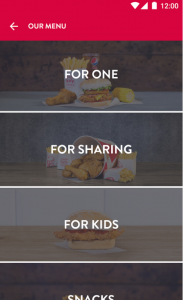 United Kingdom: Until 4 September 2016, KFC have some great new offers through their Colonels’ Club app!

Download the app using one of these links – App Store (iOS) or Google Play.

It’s available until 4 September 2016 at KFC. To take advantage of this deal and to locate your closest KFC store in the UK, click here. And if you’ve tried the deals, let us know in the comments!

For more KFC news, deals, vouchers and coupons in the UK, click on one of the following links:

Visit Cheap Feeds UK and like us on Facebook for more of the latest fast food news, deals, vouchers and coupons!